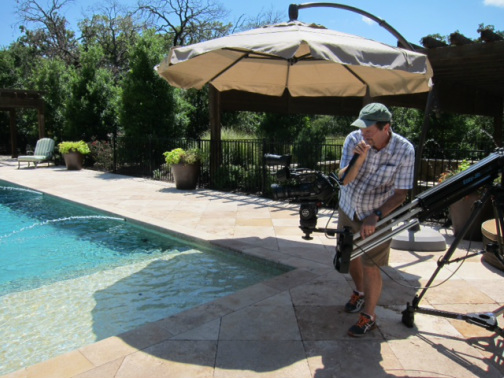 I've worked in broadcast TV and video production for 32 years; 25 of them covering international and domestic events as a photojournalist for CNN. I have broad production experience, ranging from massive (war zones/conventions/ debates etc.) to daily "run and gun" deadlines. Making the story  look good on screen under a tight deadline has been my forte'.  I also excel at shooting longer form documentary-style projects.

I bring my extensive editorial/technical understanding to bear in capturing unscripted events, or in precise execution of a producer's vision. I am well suited and consistent in the long, random hours often required by media production. I've shot hundreds of live events "right, the first time."


I'm particularly good at lighting interviews, live shots and sets quickly and without a lot of additional gear. I love using natural light to its best advantage. I view my work in artful and practical terms, and always strive to find an unusual angle or unexpected shot in most any assignment.

I'm happy to travel and work well on my own or in a team. I'm eager to cover a story, work on a film, documentary, live event, corporate video or studio production. I've shot several exercise videos and a mobile app too. I'm extremely versatile and easy to work with. I love what I do!

Film Experience:
First camera assistant on three independent films shot on location in Atlanta:
"Lost Crossing" (2007)
"This Side Up" (2009)
"Broken Moment" (2010)
DP for short finalist film "Catch of the Day" in the 48-hour film festival (2002)
Set Dresser for full length feature, "Belazaire the Cajun" shot in Lafayette, LA (May 1985)