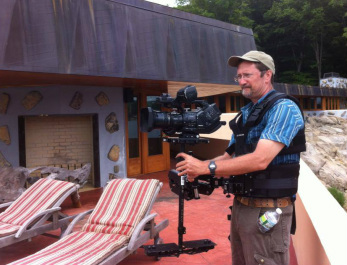 "Jay is one of the most talented photographers I have ever worked with. He is intuitive in the field and has an eye that never ceases to amaze me. He is very easy to collaborate with and makes even the most difficult of shoots a better experience. In short, I can't say enough good things about his amazing talents or him as a person.”
Janice McDonald, President, J-Mac Productions; Former CNN Senior Producer

"I would work with Jay anytime and anywhere. He is a conscientious journalist with a keen photographic eye. In addition to his expertise, Jay is a kind and dedicated person which is a very crucial attribute in my book."
Gary Tuchman, CNN National Correspondent


"Jay is the consummate professional. As a correspondent for close to 20 years, I worked with Jay on every kind of story imaginable -- both domestic and abroad. His keen sense and ability to grasp the heart of the story and convey that to viewers made my job so much easier. I would work with Jay anywhere, under any circumstances."
Sean Callebs, CCTV Correspondent, Former CNN National Correspondent

"Jay's ability is second to none. He doesn't just shoot a story, he tells the story through the lens of the camera."
John Vause, CNN International Anchor and Correspondent

"Jay is one of the most creative, talented artists that I have come across in my 25 years in the television production business. I say "artist" because that is what a great videographer/cinematographer is all about."
Robert Nebel, CNN Senior Video Editor

"Quietly competent. He doesn't have to make a splash, his work speaks for itself.  Always there when needed."
Nancy Lane, Executive Producer, CBSNews.com; Former Senior Vice President, CNN

"From the Clinton transition to the final shuttle launch, I have worked with Jay for years and he always delivers. Jay has a great eye, and he's a pleasure to work with."
Kim Segal, CNN Senior Producer